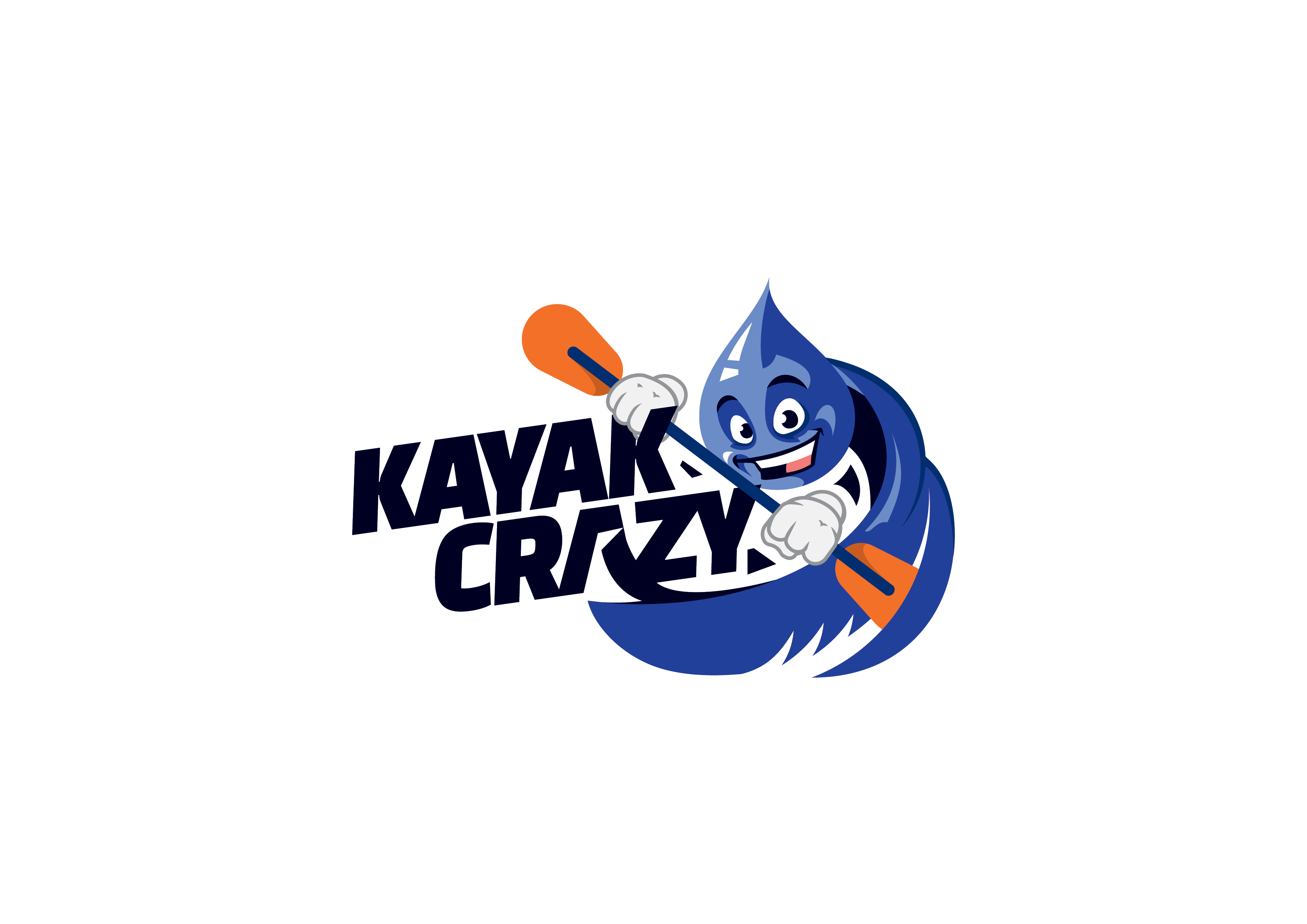 When I was young, we went to climb Schneeberg and Rax in the Alps in the winter and summertime. Between the two mountains lies the valley of Höllental, with its crystal-clear river, the Schwarza. There is a small path on the shore of this, from which it is very easy to see how it is breaking its way between the steep cliffs. Amazing!

I was wondering where its journey would take it to the sea. I checked the map and that’s when I discovered that Schwarza is actually the “source” of the Leitha. So in principle I could paddle home from my favorite mountain river to Dunakiliti at the Mosoni-Danube river. I followed the route on a Google map and there is really a Schwarza – Lajta – Mosoni-Danube connection. I mean, in principle! I found a few sections on the map that, according to the aerial photos, are dry, like the Danube leak on the Upper Danube. We are talking about 10 km sections. This is when the question arises as to whether it is dry in the photo only because the satellite was taking it during a dry period, or the bed is really dusting like a kidney of a thirsty person. It’s no adventure if there’s no difficulty in it. I thought I’d pull the kayak for 10km even on the trolley. So let’s do it.

With the help of Ernő we loaded the kayak on the car and set off. The road to the starting point was designed to take a close look at the key dry sections. The first such place is at Katzelsdorf. The town (4,5 km from Haderswörth,the place marked as the source of the Leitha) received us with 10 km of dry bed. Well, let’s look at the next section in question. We had a terrible sight at Neunkirchen. There was waist-deep weeds in the Schwarza riverbed, with no trace of water. I was so schocked that I didn’t even take a photo. I was increasingly faced with the possibility that this tour would not be what I had dreamed of. The last drop was when the Schwarza reappeared beside the road around Gloggnitz, and we saw only minimal water in it, apart from huge stone closures.

“Well Ricsi, you have to think about whether you want to paddle or pull a kayak because there is very little water here. “Ernő said.

Once we’ve driven this far, let’s take a look at the Höllental. There’s a section where they usually go rafting. At least I’ll rinse the kayak in the Schwarza, and then we can go back to the Leitha.

So I did. I had a 90 minutes downhill paddling. The view and challenges of a 12 km stretch of I.-III. wild water-classed section made me forget my disappointment. It wasn’t even possible to think about the dry riverbed, because at every moment I had to focus on maneuvering between the stones protruding from the water and the hanging trees. Hikers, picnics, photographers rested on the shore and watched in amazement as I passed by. Admit the 5.2m long sea kayak is an unusual sight here. The only kayaker I met was able to squeeze just a greeting out of his surprised face.

I’m in for craziness, but it would have been more than stupid to pull the kayak on the trolley through the entire remaining section of the Schwarza, and the 10 km section of the Leitha Leak, through villages and towns. So full of adrenaline, I decided to get the best out of the planned tour and paddle home on the Leitha.

Around Saturday afternoon at 4PM in the town of Ebenfurt I launched on the water. I said goodbye to Ernő and then started the Leitha adventure.

On the 8 km to Wimpassing every 50-100 m I had to go in and out from the kayak and pulled it in the ankle deep water, sometimes through beaver dams.

It could be a real romantic landscape at a sufficient water depth.

I was relieved when the Werkskanal connected from the left at the town of Wimpassing and provided enough water for me to continue my journey sitting in the kayak.

It was already starting to get dark, so I watched the places to exit. The shore is mostly steep, overgrown with trees and bushes, so every place to exit is a treasure. Especially if it is suitable for camp, and the place is not blessed with rich undergrowth. I got out at the very first opportunity. My experience is, if you just postpone it to find even better place, you can paddle still a lot until the next one.

I hang out the wet clothes to dry on a rope and started making my dinner. Luckily, Klaudia took care of me and the proper hiking food for every day: she porched me a portion of couscous and bacon, which was ready in about 10-15 minutes.

Maybe because the light breeze there were few mosquitoes. The beaver movement was even stronger. I heard about their work all night. In such case, you can only trust that their dinner will not fell on you.

The next day, after eating my porridge in the morning, I packed, and put the kayak on the river and continued at a fast pace.

At Leithaprodersdorf, on a small wooden bridge, the inscription “Kanu-Ausstieg” was visible (people canoe from Wimpassing until here). Of course it was just a question of a point of view where you could get out, you can also drop in. 😀 So I continued on (about 8.5 km) all the way to sluice at Kotzenmühle. In front of the bridge, a small sign indicated with an arrow that I should turn into the small canal on the left and exit with kayak. Maybe I had to trolley 200 m to the power plant, where I was able to put the kayak on the water behind the fish ladder.

The water depth was deplorable. It would have been just 10-15 cm deeper! Again, it was a real jungle tour feeling: I tried to find the deeper parts of the riverbed by rubbing the bottom of the kayak, or I pulled the kayak.

I looked at the map to see where the next water supply might be, which could save me. The map marked a channel 5.5km from here connecting from the left, but it was as dry as my paddle. In fact, I traveled this way 21 km all the way to Bruck an der Leitha. The only thing that made me forget about the effort was the view. In a forest tunnel, in the company of deer and egrets, I passed by settlements with almost no notice.

I stumbled upon a beaver dam near Bruck, (no, this photo is just one of the fallen trees i had to cross) where of course I just slipped over, not like the next 4 stone closures. I tried to get down, but I got stuck. 🙂

Lifting over rocks, it’s already boring. Between the railway bridge and the bridge of road 10 the kayak still got stuck at the bottom of the riverbed. Luckily the canal connecting from the left supplied with enough water again. I could breathe in.

In the canoe guides, the paddling section of the Leitha is described from here. I am already on the easy path. 🙂 There will be 1-2 more fallen trees and a sluice at Gattendorf, but that’s it. After the previous 21 km of suffering, I paddled easily, and it didn’t bother me that a light rain started. The trees covered the river like umbrellas. Undoubtedly, this is the most beautiful section of the Leitha that can be paddled all year round. However, you need to pay attention to fallen trees. Sometimes trees blocks the whole river. The shore is steep, the only way is to pull your kayak through the tree. It can be dangerous. There was also a completely fresh tilted tree, just kayaking through a smal “loophole”.

I took out the kayak and camped on the right side of Gattendorf Lock. I managed to cover 56.4 km in just 10 hours. It was time to refill the lost calories. I used 4400 calories according to the app, although it didn’t count on the weight of the kayak, and that I had to pull, not just paddle. 🙂

Today’s menu is rice and kimchi spiced with cheese cubes. After that I eat another bar of chocolate, so like this I coud see everything in better color. From here the Leitha firth is 32.6 km away and Dunakiliti at the Mosoni-Danube another 22-23 km away. If all goes well I can be home tomorrow night. With this consciousness, I came to rest in the company of the ducks resting on the sluice.

I woke up relatively fresh in the morning. The sun was shining, so while I was preparing breakfast and packing the campground, I hang my neoprene stuff and paddle shirt to dry. It is important that we always take everything with us from our camp spot! Leave the place as you found it, or even clearer.

At the mouth of the fish ladder I put the kayak on the water and set off for the last day’s section. There is a strong current coming from the turbine of the power plant, so approach it carefully here!

I haven’t even left the village yet a stone closure blocks my way. It could be passed at higher water levels, but now the stones were very visible, so I didn’t take any risks.

After Gattendorf, the landscape changed completely, until now the Leitha meandered through forests, from here along agricultural fields and groves. It was noticeable to see more and more reeds. Up to Nickelsdorf, I scratched the riverbed in plenty of places.

In the Hungarian section, at Márialiget, the Leitha splits into two arms. The original riverbed continues a few meters lower, and now it had only a few cm of water in it. The original plan was to continue on this, but it was impassable at the moment.

I had to lift the kayak at the Márialigeti Mill. I continued on this fast-flowing section of a cozy, tree-covered canal.

Within an hour I found myself at the lock in Mosonmagyaróvár.

It was just 1pm, I thought I had plenty of time to get home until evening so I could relax and cook a lunch. How good it was that Klaudia packed me enough food for a week. Today’s lunch: bulgur and red lentils with sausage. 🙂

After an hour rest, I continued on the Malomági-Lajta, through the whole city, until I finally reached the Mosoni-Danube.

I headed up to the pier of the Vizisport Egyesület, where I changed my paddle to a wingpaddle. Upstream it’s better to paddle with a larger surface blade.

It will be a good workout for the qualifying tour of the Mosoni 100 Upstream this weekend.

At 3PM I set off and paddled to Dunakiliti without stopping, except to drink.

If not as originally planned, but I got home successfully in 2.5 days. Another crazy plan checked out.

As soon as edited it, I will also upload a video to our Youtube channel.